My Long Road to Self-Publishing 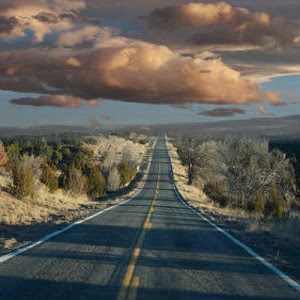 When I sold my first novel to E.P. Dutton in 1988 for a substantial advance, I thought I had it made as a writer. Richard Marek, the editor who bought it and also the chief executive of Dutton, had been Robert Ludlum’s first editor and the one question he had for me before he made the offer was whether I’d be willing to write other similar novels.

Uh, sure. It had been my ambition from age 10 to be a writer and I went into journalism to further that goal. When I first signed up with my agent, June Hall, in London, she suggested pitching a nonfiction book first, since they are so much easier to sell, even though my goal all along had been to write fiction.

So in 1982 she got me in to see Lord Weidenfeld in his home on the Embankment and he bought UK rights (he wanted global but June wanted to make separate sales) to my nonfiction book on the debt crisis on the basis of a 10-minute pitch, without a word being written and not even an outline. We subsequently sold U.S. rights to Doubleday (Phil Pochoda) and Canadian rights to Lester & Orpen, Dennys (Louise Dennys).

The dream continued and Debt Shock, as it became, got a full-page review in the New York Times Book Review when it was published in 1984.

Those were the days. Dick Marek bought my novel, a financial thriller entitled Gold, on the basis of five chapters and a synopsis. He worked on it himself and had a number of very helpful suggestions on plot, characters, writing – a great editor. However, virtually the day in 1989 my novel was published, Penguin shut down Dutton, firing all the editors, including Marek, and keeping it only as an imprint. My book was orphaned without any support.

Labor of Love
Working full time as a journalist, it turned out, was not necessarily conducive to writing books, so my next proposal came in 1992 for an ambitious labor of love – a book about post-Communist Europe based on Joel Garreau’s Nine Nations of North America. This book became The New Superregions of Europe and Dutton, which had the option to buy my next book, exercised the option and published it in 1994.

A number of things kept me from writing another book for a while – changing jobs, a move back to the U.S. after 20 years in Europe, divorce, parents’ illness and death. Then came 9/11, which prompted me to abandon a political thriller I had been working that included a terrorist attack on Washington. Just didn’t have the stomach for it (though Vince Flynn and a number of other thriller writers have had great success with that plot).

I returned to an idea then that had caught my attention in the years I spent covering Deutsche Bank – the building of the Baghdad Railway in the late 19th and early 20th centuries. Deutsche Bank played a major role in financing the railroad from Constantinople to Baghdad because the Kaiser was very interested in completing a land link to the Indian Ocean (in Germany the project was generally referred to as the Berlin-Baghdad Railway). The British, concerned about a threat to their overseas empire in the subcontinent, were not keen on the project and it became a pawn in the Great Power maneuvering over the ailing Ottoman Empire.

Great stuff for an historical thriller, I thought, and I worked on it for years, making a British peer who was an accomplished Orientalist and a sometime agent for the British Foreign Office the protagonist of what I hoped would become a series set in the Middle East just prior to and during World War I.

Stuff of Legend
I thought it would be a great field for adventure, intrigue and a chance to revisit a Middle East that has vanished but is the stuff of legend that lies deeply embedded in the subconscious of us Westerners. When I finished the novel, I found an agent, Mel Parker, who was equally enthusiastic about it. Mel had been a longtime editor in chief of the Book of the Month Club and was used to having his finger on the pulse of what people would buy. He was confident he could sell the book.

Alas, it was not to be. A publishing market rocked by evolving technologies and then the financial crisis was floundering and making it particularly difficult to sell fiction. The consolidation of the industry, the focus on the bottom line, the disappearance of midlist authors had transformed a cottage industry into a manufacturer and franchiser of bestsellers. Editors no longer edited, they acquired, and they acquired books that were similar to books that had just been successful, until by some fluke a Da Vinci Code comes along and changes the paradigm for what is considered successful.

Mel worked hard at it but we eventually had to accept there was not a market for the book in the New York publishing world.

In the meantime, technology continued to evolve. The Internet, social networking, smart phones destroyed the role of gatekeepers in media, hitting newspapers, magazines and eventually book publishing. For books, print on demand became an initial liberator, transforming the tainted world of vanity publishing into something more credible. POD became possible because Amazon brought the corner bookstore into everybody’s home.

The Tipping Point
It is, however, the ascendancy of the e-book in the past couple of years that is truly transforming the world of books. Amazon’s Kindle was revolutionary, and then the iPad definitively tipped the balance, not only because of its own massive sales but because it increased the acceptability of other e-readers. Now, it is said, sales of e-books exceed sales of print books.

Friends and colleagues of mine were reporting new success in finding an audience for their unpublished books. Whereas even a few years ago, the paradigm for self-publishing was to order up a hundred POD copies of your book and pack them in your trunk to make the rounds of bookstores for signings, the new paradigm now is to sell your book in digital format for $3 and promote it through Facebook, Amazon and other powerful social networking tools.

Publishing houses may continue to have a role in manufacturing bestsellers. Increasingly, they will seek their new acquisitions among the growing stream of self-published books.

It has taken me some time to accept all this. I was spoiled by earlier successes into thinking that my road was what I continued to think of as the “high road.” But traditional publishing is about to be blown away. There is no high road or low road, just a broad digital highway that allows readers to find the books they are interested in and writers to find their audience. I found a great packager to design my POD and e-book and my historical thriller about the building of the Baghdad Railway, The Grand Mirage, will be published, under my imprint of Barnaby Woods Books, in October.